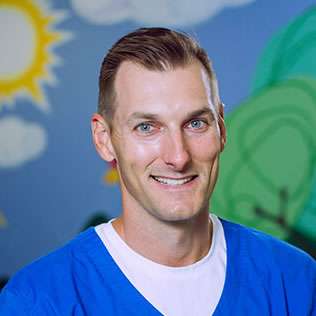 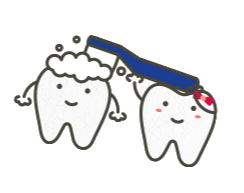 Throughout his training, Dr. Milius has been very involved in the community. He has actively participated in various children’s health fairs and schools throughout the city of Lincoln and Omaha to encourage good oral health. During his residency, Dr. Milius was a member of the Boys Town National Research Craniofacial Team. He presented research at the annual American Academy of Pediatric Dentistry meeting.

He participated in “Give Kids a Smile” Dental Days at the College of Dentistry in Lincoln and Alliance, Nebraska, during which free dental work is donated to underprivileged children. He has participated in many youth speaking engagements, as well as youth mentoring programs. He has also been involved in coaching youth sports.

Dr. Milius was raised in Lincoln. He is married to Kimberly. Together they have three children: Nolan, Lily, and Maclain. He enjoys sports, spending time outdoors, and most of all, spending time with his family.

Dr. Milius is dedicated to giving your children excellent dental care and helping them achieve outstanding oral health as they grow.